Huh, I thought I had already posted the last article that I promised a long time ago. Apparantly there has been some problem with my blog and the already completed last post hasn't been published at all. Because I've been extremely busy during the last couple of weeks I noticed the situation just now. Well, luckily it still can be fixed :)

So yeah, it's now exactly one month since I arrived back in Finland. Although I love my home country, I really miss Bali almost every day. There's so many things that were part of my normal life in Bali that are now long gone. I can't go surfing and I can't drive with my scooter to university in a sunshine. But of course people are one thing that I miss the most - and hopefully I will meet those guys many times during next years :) I also hope that I'll be going back to Bali one day but that's completely different story.

Still, now it's finally time to leave the official goodbyes. There's not going to be more blog posts from me here after this. I have to move on to my new projects (as I've already done) and seriously settle in to my home town. Once more I want to thank everyone who's been reading my blog and helping to get the all material here :) It's been an amazing ride.

And yeah, here's the one article I was supposed to post a long long time ago. I hope it will give some kind of inspiration to some of you who're still planning the study abroad semester in South East Asia.

JONAS IS ONE OF THE NEW STUDENTS IN BALI
Lähettänyt Juuso klo 2.34 5 kommenttia:

All Good Things Come to an End

It's been a while since the previous post in this blog. After I wrote a short update from Hong Kong, there's been really many things happening in my life. I've came back to Finland and after that I've been trying to do my best to get used to the life in my home country. It hasn't been the easiest task of my life because after living five months in Bali this place feels quite... different. Still, every day's better than the previous one and now, after one and half week here, I already feel like home again. Of course I still miss Bali and all the people from there but that's life.

As I already said in the previous post, it's time for me to finish my journey with this blog. My life has nothing to do with the "Student Life in Bali" anymore so unfortunately I have to move on and leave this blog to be maybe updated by some new Asia Exchange intern at some point :) Who knows. I've never been good with farewells so I just wanna simply thank you all for reading my blog. It's much nicer to write all these things when you know that there's someone reading the texts. The time I spent in Bali was probably the best time of my life and I definitely want to go back there some day. Also I want to recommend studying abroad in South East Asia (whether it's Bali, Phuket, Bangkok or something else) to almost anyone: it'll be time that you won't ever forget.

Although this is my farewell post, I'll probably post one more article to here tomorrow. It's an interview that I made with Jonas in Bali before I left. Jonas started his studies in Udayana University in January and he's going to spend at least four more months at the paradise island. I think that posting the interview with Jonas is pretty good way to end my part with this blog because it shows the fact that the end of somenone's great experience is the beginning of the great journey for someone else :) 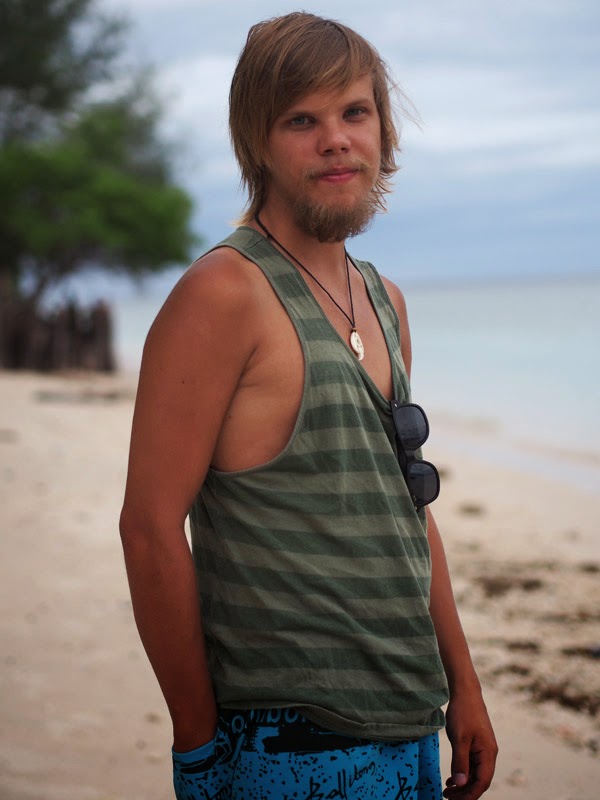 An Excursion to the Balinese Compound

This week has been quite quiet here in this blog but I have a good reason for that: this week was the week when I had to leave Bali. Yesterday (Friday) I had packed my baggage and had no other option than to take a taxi to an airport. From there my plane took off and landed in Hong Kong where I'm spending a weekend until I'm heading to Finland.

Right now I'm feeling quite sad: it was really a shame to leave Bali and especially the great group of new exchange students. Most of them already were like friendes to me so I'd have really wanted to spend the whole semester with them. On the other hand there's many great things waiting for me in Finland so the situation isn't that bad after all :) Returning to Finland means also that soon I'm no longer writing in this blog (because I have nothing to write about the student life in Bali). That moment isn't here yet because I have still a couple of posts to add here :)

Before those upcoming posts (which I'm trying to post here when I've returned to Finland) here's a couple of pictures from the last excursion I had to chance to be part of. This time we visited a Balinese compound and at least I think it was quite interesting to see these part of Balinese everyday life. 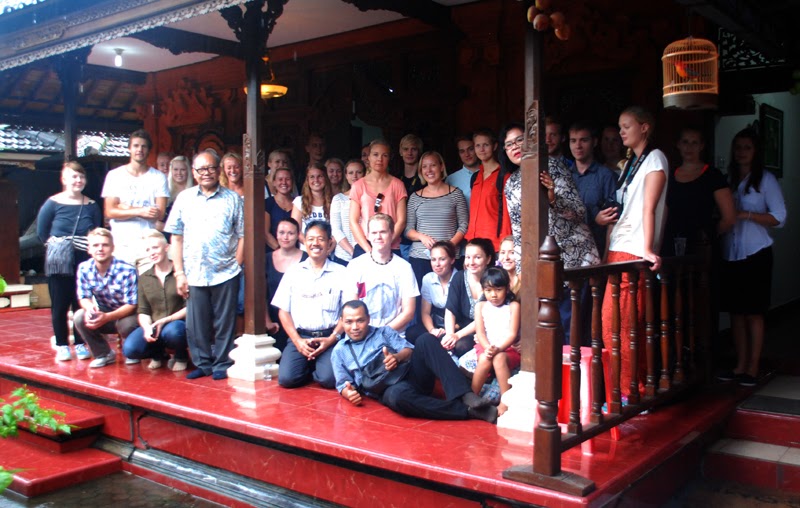 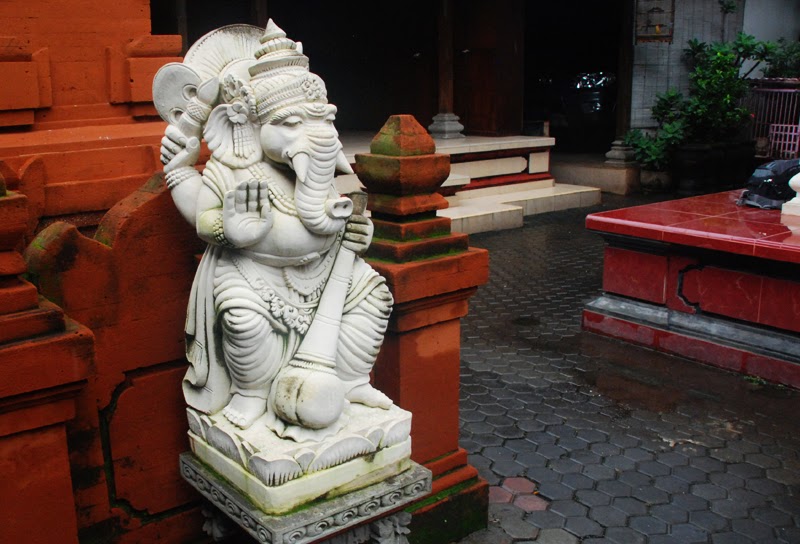 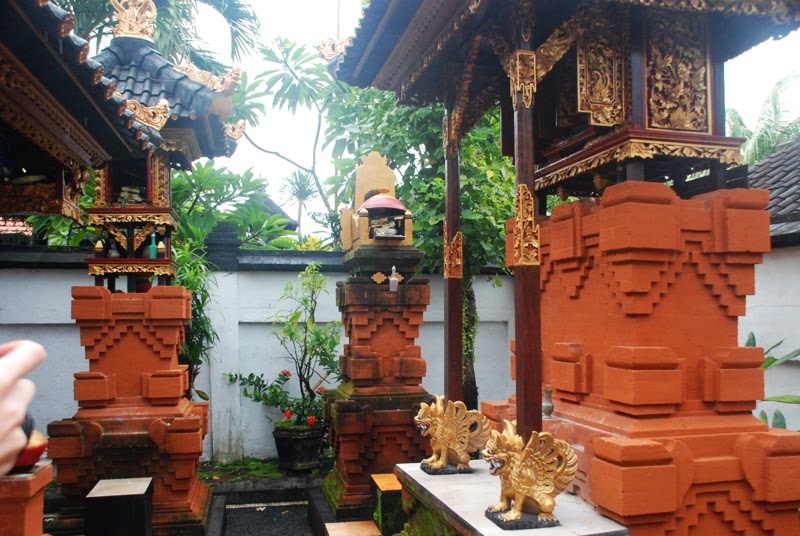 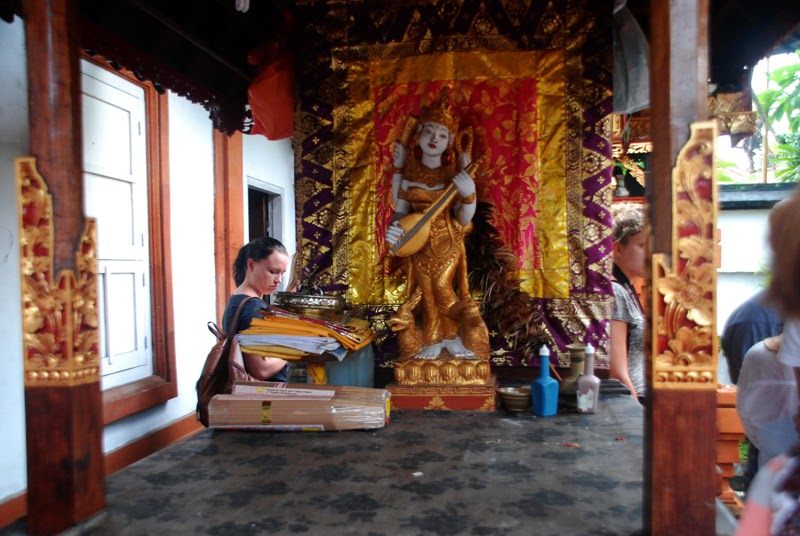 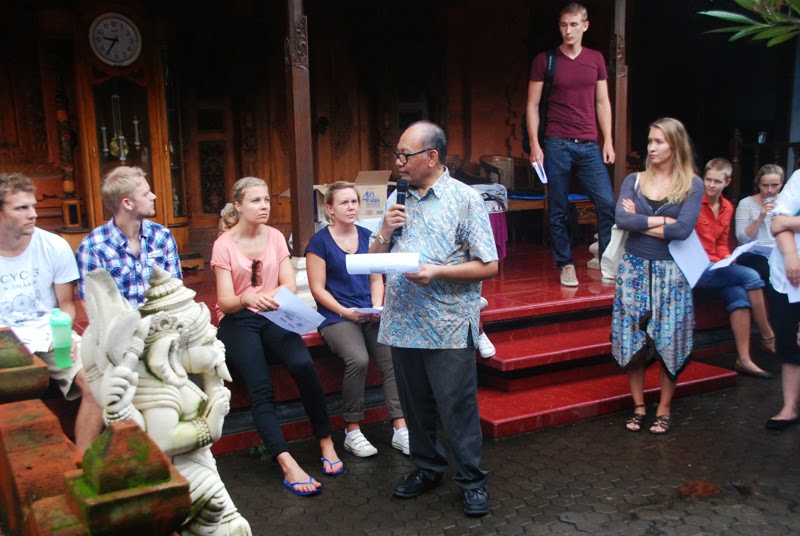 The Highlights of the Second School Week

New exchange students have just experienced the first couple of weeks in Bali and they still have so much time left in this awesome island. That's why I'm quite jealous of them: my flight back to Finland leaves from Bali this Friday. I only have a couple of days left here but I'll try to make most of them :) It's a shame that I don't have an opportunity to see the whole semester of this new student group because they seem to be really great guys and it would've been nice to stay here with them.

Anyway, last week was the first actual school week of the new semester and I promised to write a quick recap of it. Because of the public holiday on Tuesday, students had one extra day off but on the contrary they had quite a long school day on Wednesday because the workshop was held then after lessons. As I already wrote earlier here, the workshop went well :) Other than the workshop, students had their first lectures of all of the subjects they're going to study here in Bali. I bet there were plenty of new things (especially in Indonesian language) but hopefully at least most of them were also interesting.

The school week ended on Thursday and the rest of the week was great for relaxing. On Friday we went to Serangan Beach which is located in the eastern side of Bali. Actually Serangan is a really small island just side by Bali but nowadays there's a bridge between Bali and Serangan (because they're so close to each other) so it's really easy to go there. During the rain season the beaches of the eastern Bali are in much better condition than those near to Kuta area. There's also really good waves in Serangan though they're not too easy :D After the day at Serangan Beach we had a nice party (the first real villa pool party among these students) and on Saturday there was another party! All in all the weekend was great and I had a lot of fun - which is exactly what I was hoping from my last weekend here. 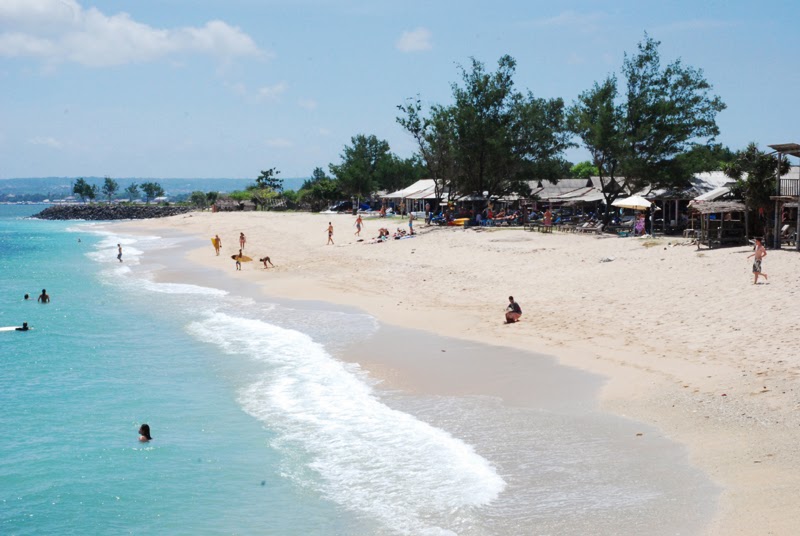 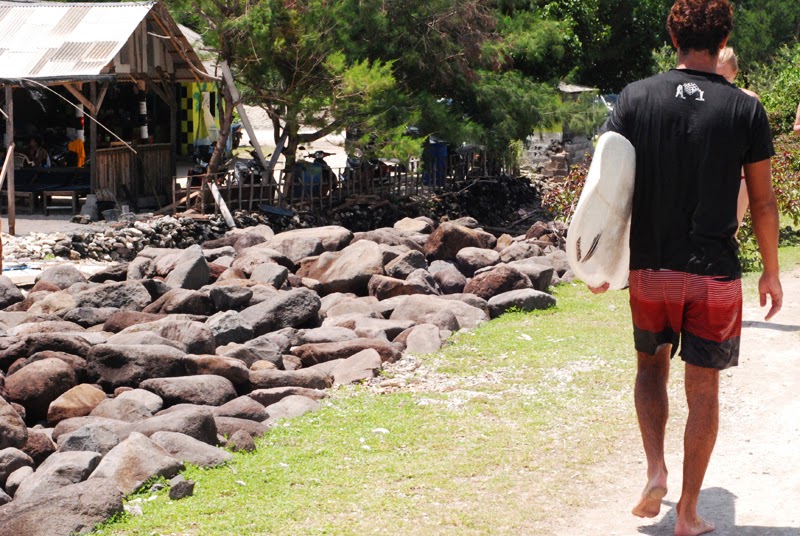 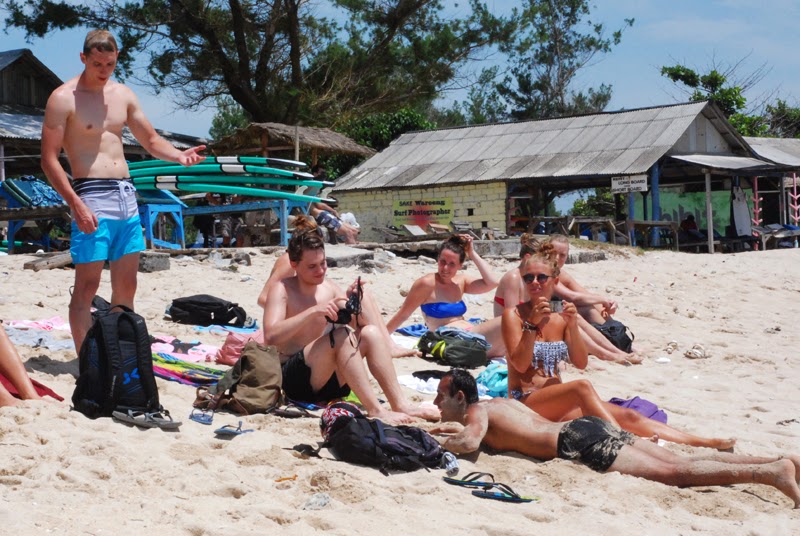 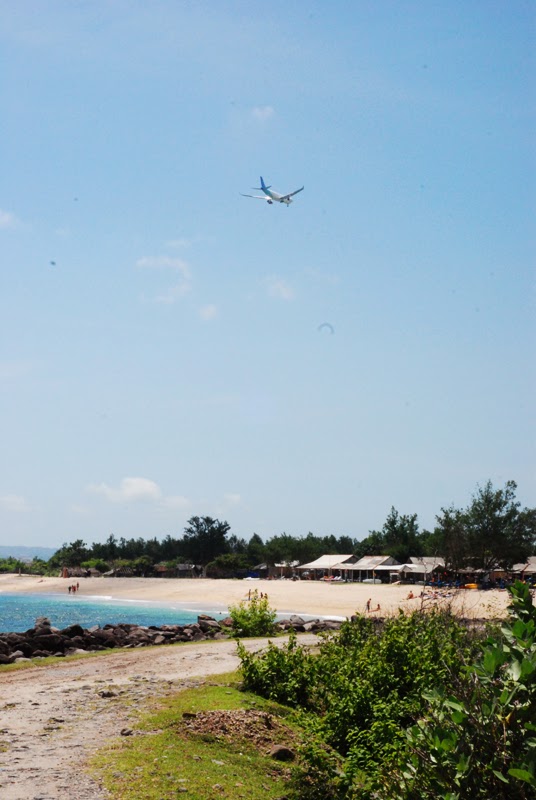 The First Workshop of the New Semester

This week has been quite busy for new students. It has been the first official school week and Asia Exchange students have had all of their first lections during last couple of days. Because there was a public holiday on Tuesday, students have also lessons today on Thursday although normally there's only a workshop or an excursion on Thursday. This time the workshop was held already yesterday afternoon.

The workshop was about palm leave ornaments which are used both in ceremonies and as an decoration. I've written about them already earlier in this blog hence the palm leave ornament workshop was the first workshop of the previous semester also. That's why I'm not going repeat everything I've already said but I can conclude this time's workshop by saying that everyone seemed to have fun and everything went pretty well :) Palm leave ornaments are just one example of the spesific local culture here and students are going to learn a lot more about that culture. 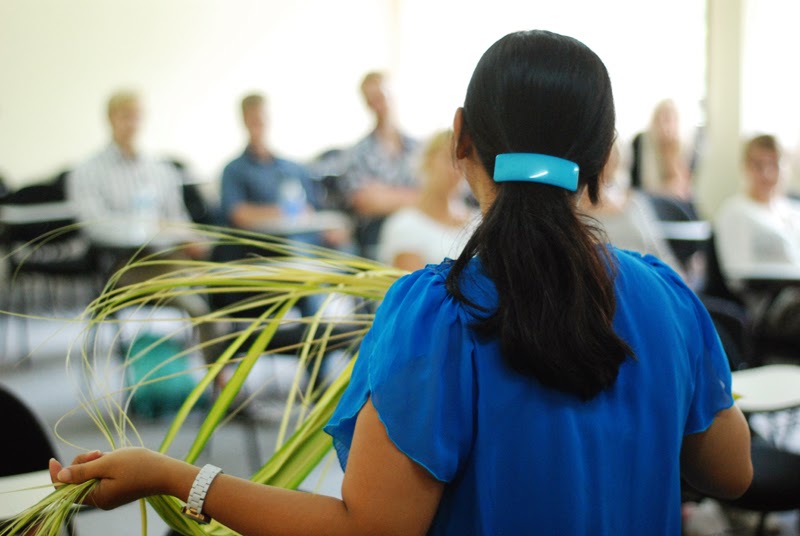 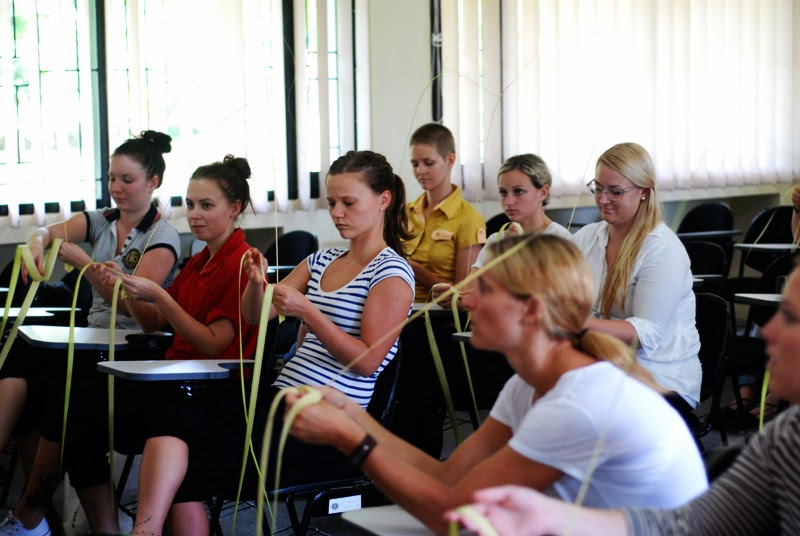 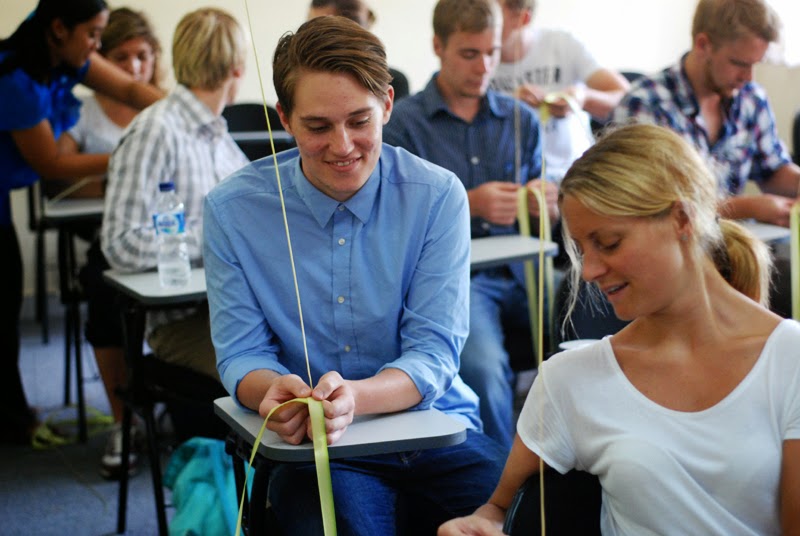 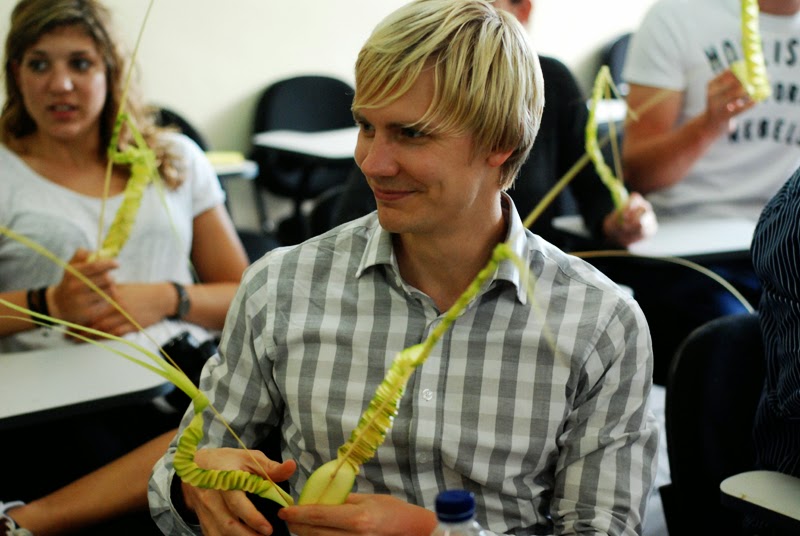 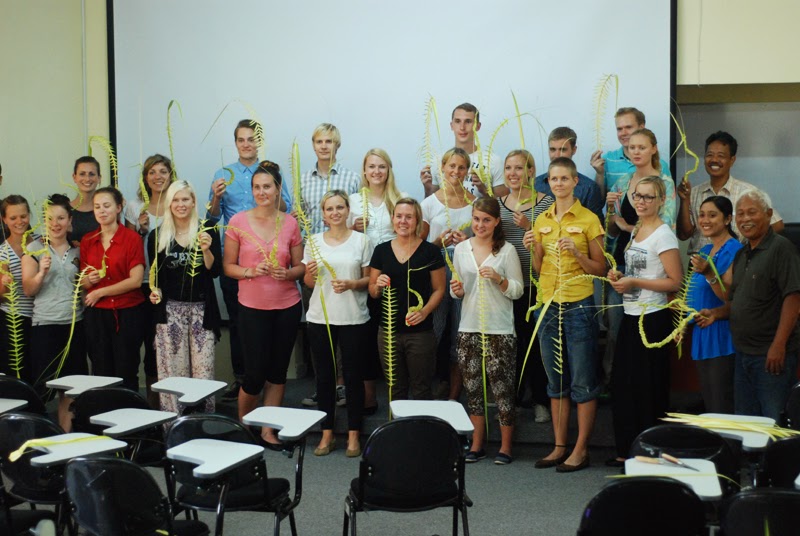 During the last semester I normally posted the articles on Mondays but during my last couple of weeks (yeah, I'm leaving Bali in 10 days - horrible!) I have to little bit change my schedules. Last week I already published one article about the last semester and now I'm still going to publish one more because this story is so amazing. I would've wanted to post this earlier but I didn't have right pictures until now. In December I already posted the video interview where Jessie tells about volunteering at Seeds of Hope and about her great campaign to help the children of that children's home. Now this article should tell even more about that great project that took place in the end of last semester.

This is it this time. I'm going to post material about the new semester later this week :)
Lähettänyt Juuso klo 9.03 Ei kommentteja:

The First Week Has Gone So Fast 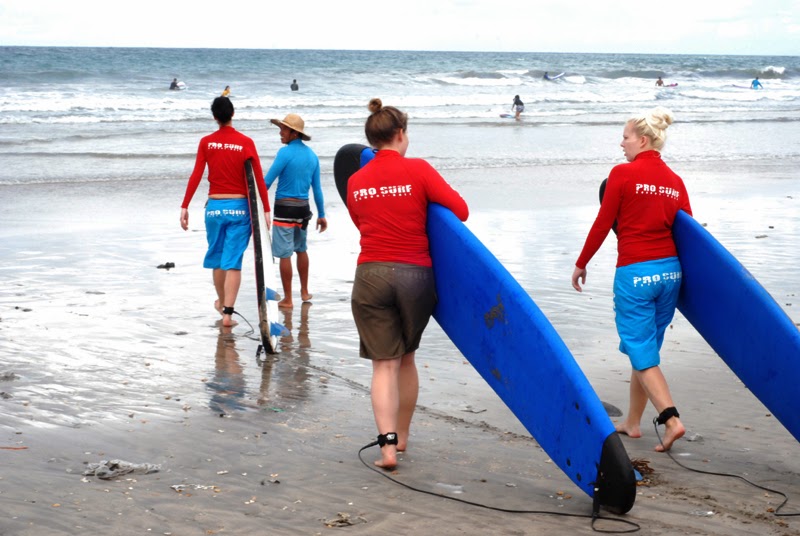 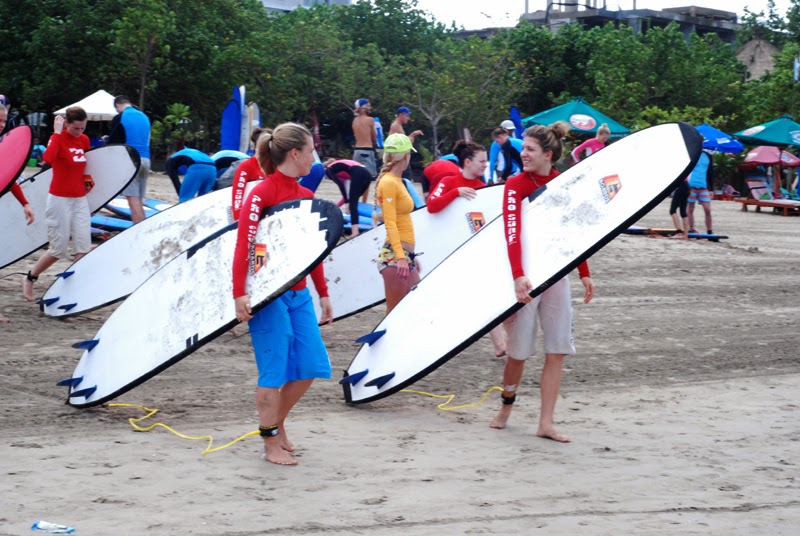 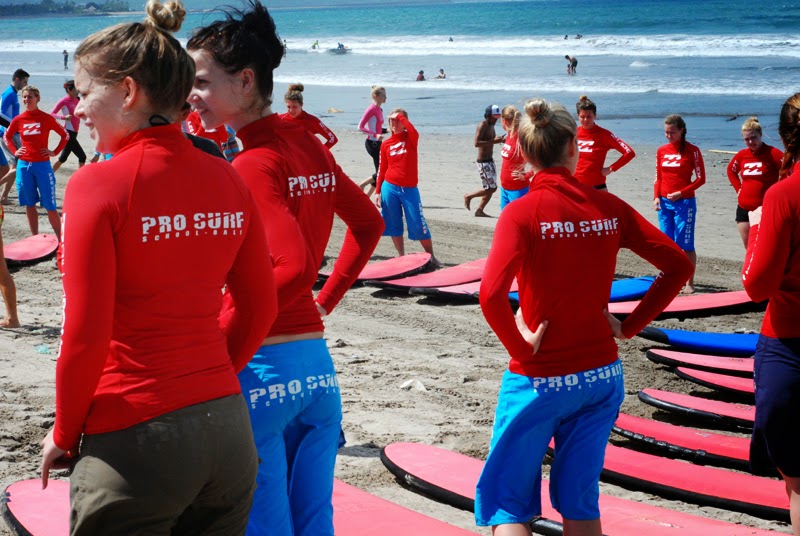 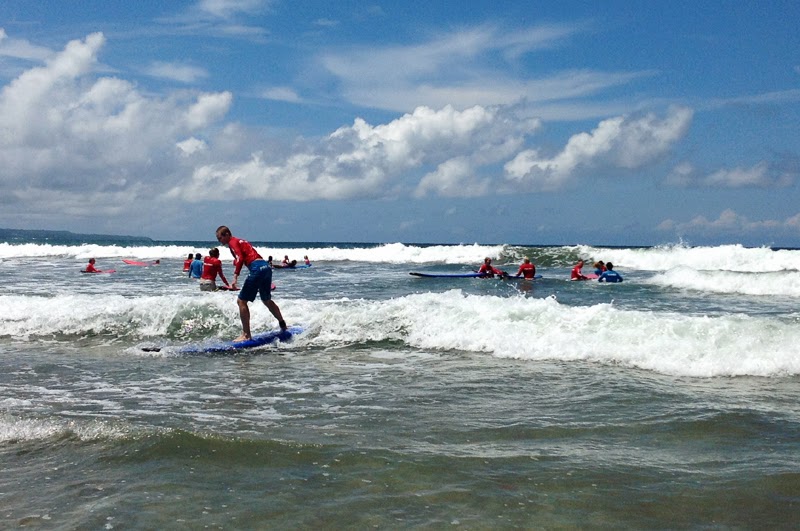 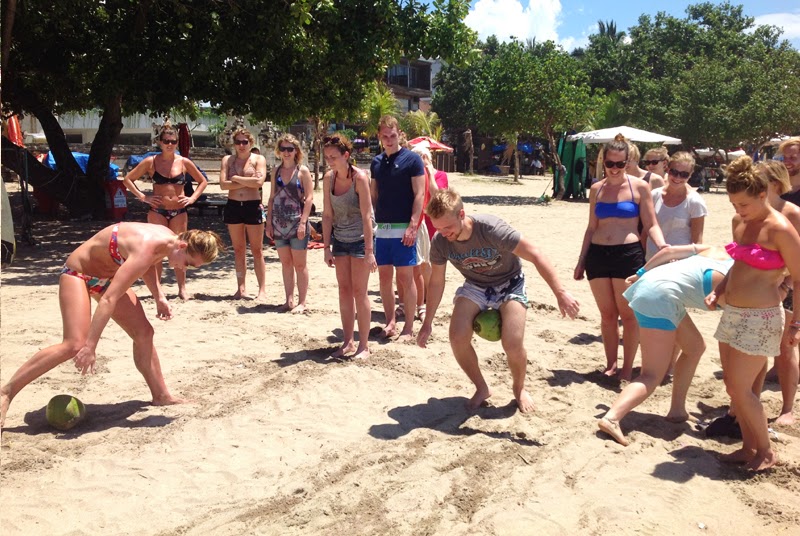 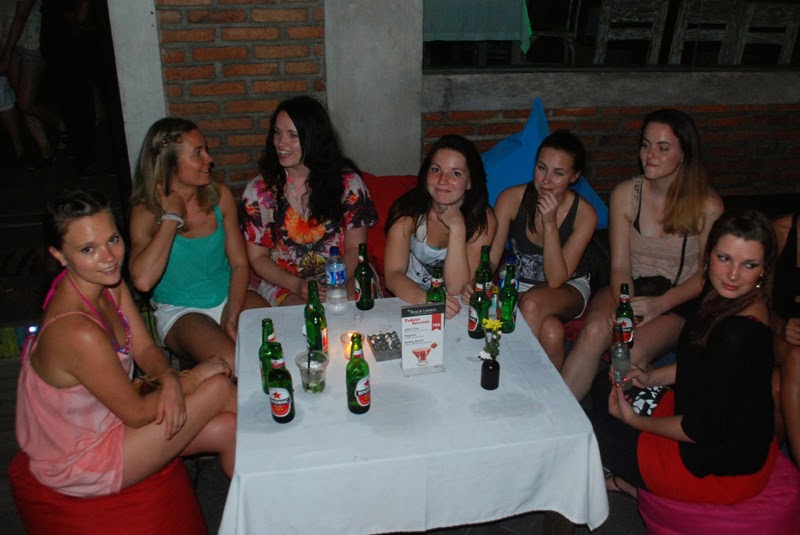 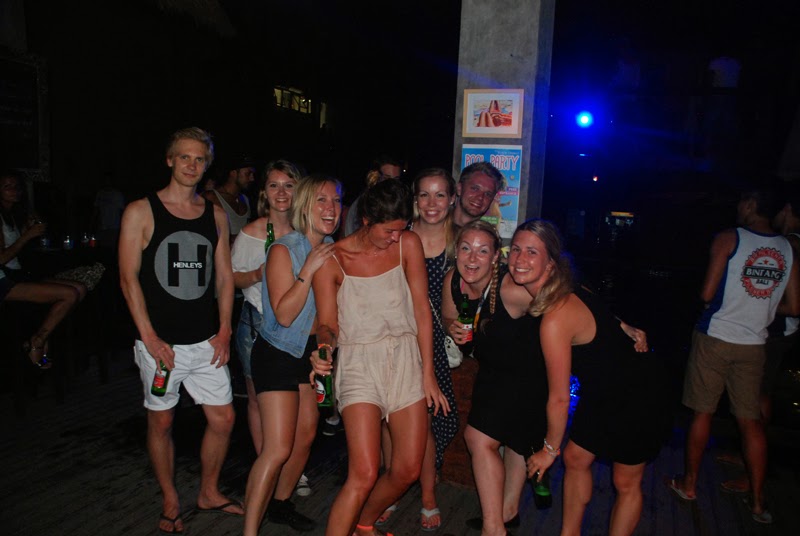 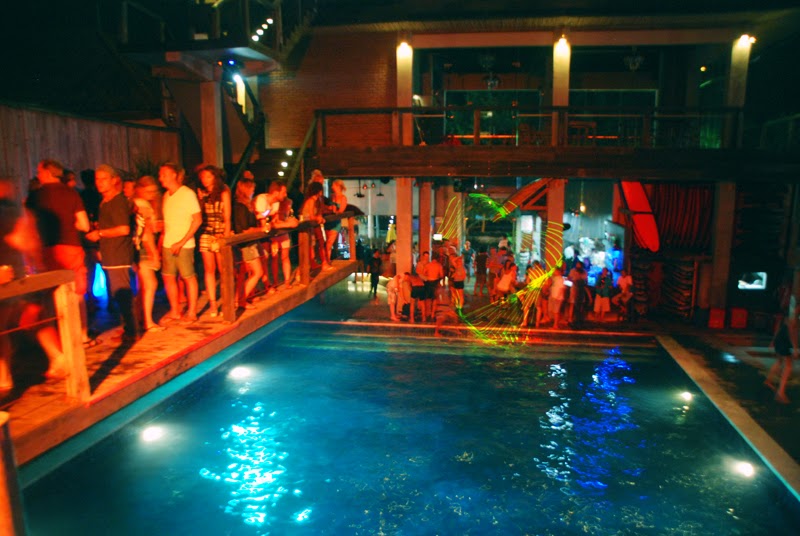 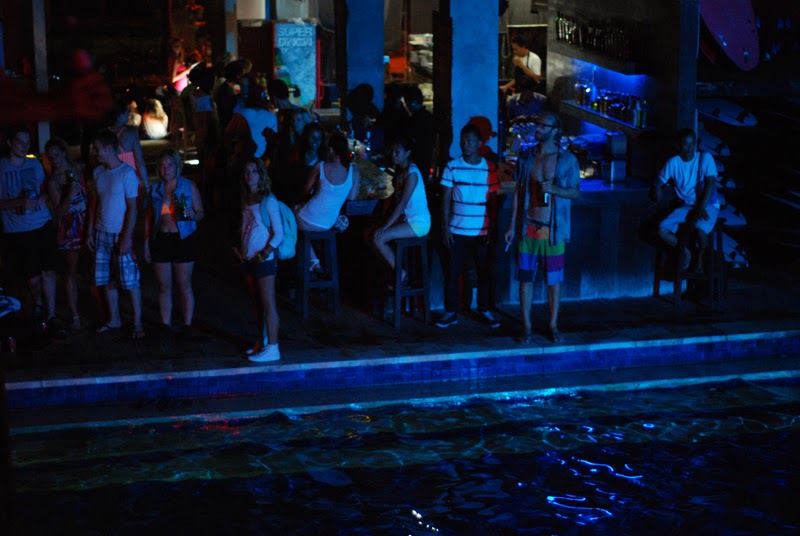 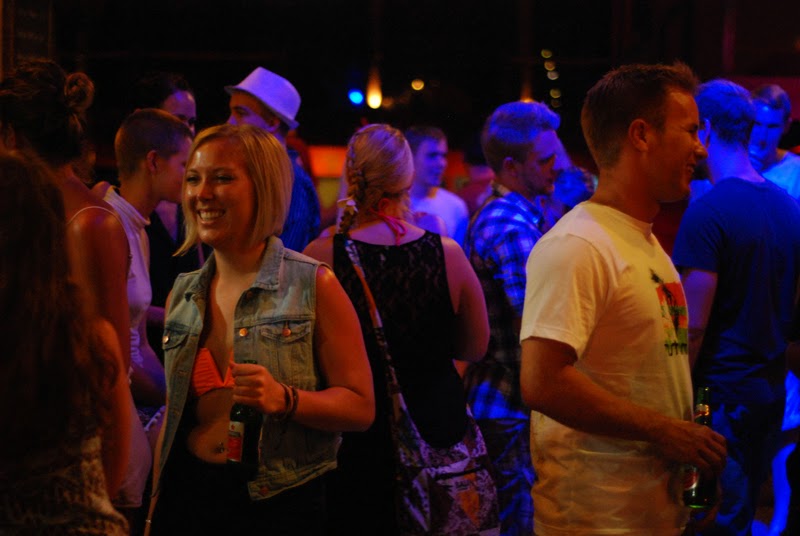 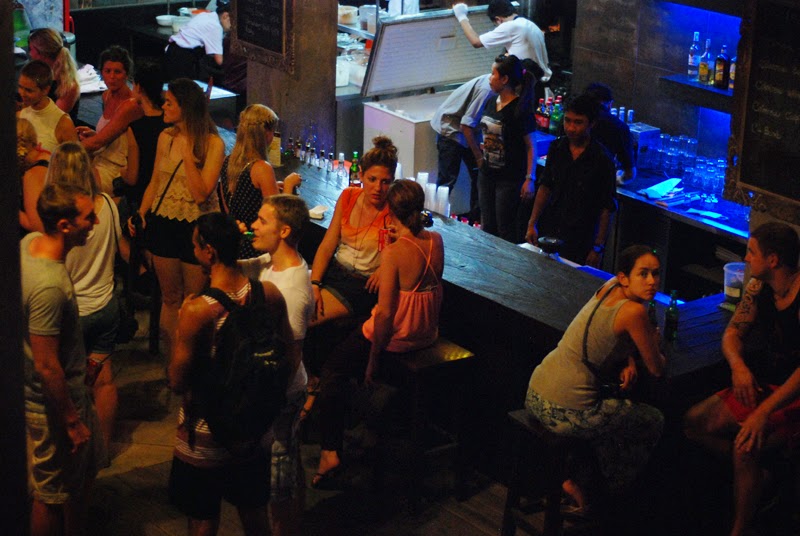 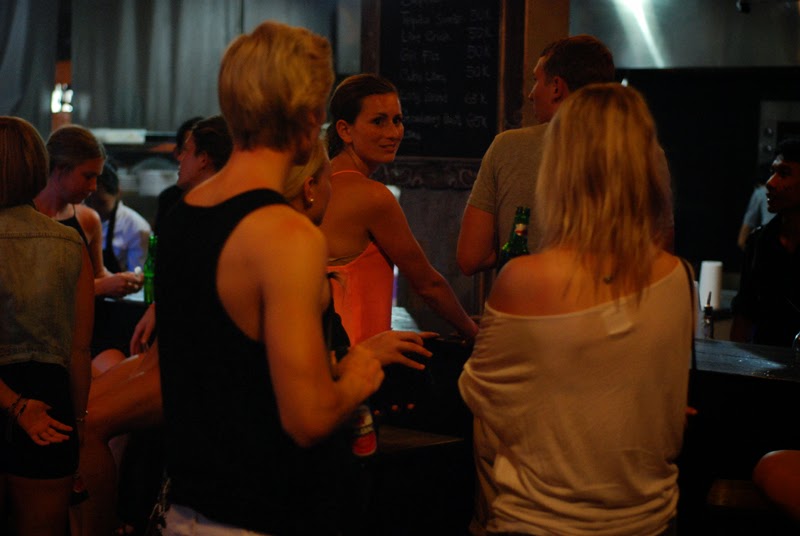 One picture is worthy of one thousand words so these pictures should pretty much tell the story about what our students have been doing after the official program of orientation week ended in the beginning of this week. Still, here's a quick recap of the whole week also in the form of text.

MONDAY was the first school day which started 9AM and ended around 3PM. Students got to know each other, their teachers and tutors and also got pretty much useful information about Udayana University, Bali in general and especially Asia Exchange. The first day ended with a visit to Seeds of Hope Children's home which is basically just an amazing place (as I've mentioned before).

TUESDAY was the second day of orientation and students got more information about their courses, classes and all in all about their upcoming months. Also they were informed about the possibilities about tropical diseases ;)

WEDNESDAY was the day of rest since during the orientation week there was school only on Monday and Tuesday. Normally the school weeks last from Monday to Thursday but the first week was an exception.

THURSDAY was the first day of the so-called unofficial program. We had a really fun Beach Day where students first got a great chance to learn surfing with Pro Surf School which simply is the best surfing school in Bali and which provides the best student discount to Asia Exchange students. After the surf lessons ended around midday, we had pretty fun beach activities (look pictures above) and then had a lunch together. Pretty nice day, I hope we're going to have more similar free-time activities during upcoming weeks.

FRIDAY was then the so-called main day because we had our Ice-Breaking Party at Beach Lounge near to Kuta Beach. The party started around 7PM and lasted untill... well, very late. Beach Lounge is such an amazing venue and everybody seemed to have fun there :) After the place had to be closed down, we continued to other bars in Kuta, the most of the night was spent in a club called Eikon. All in all, the night was really fun and I hope that students thought so too.

WHAT'S THIS BLOG ABOUT?